Home / Mosquito Control News / Are You Prepared for Mosquito Season 2021? 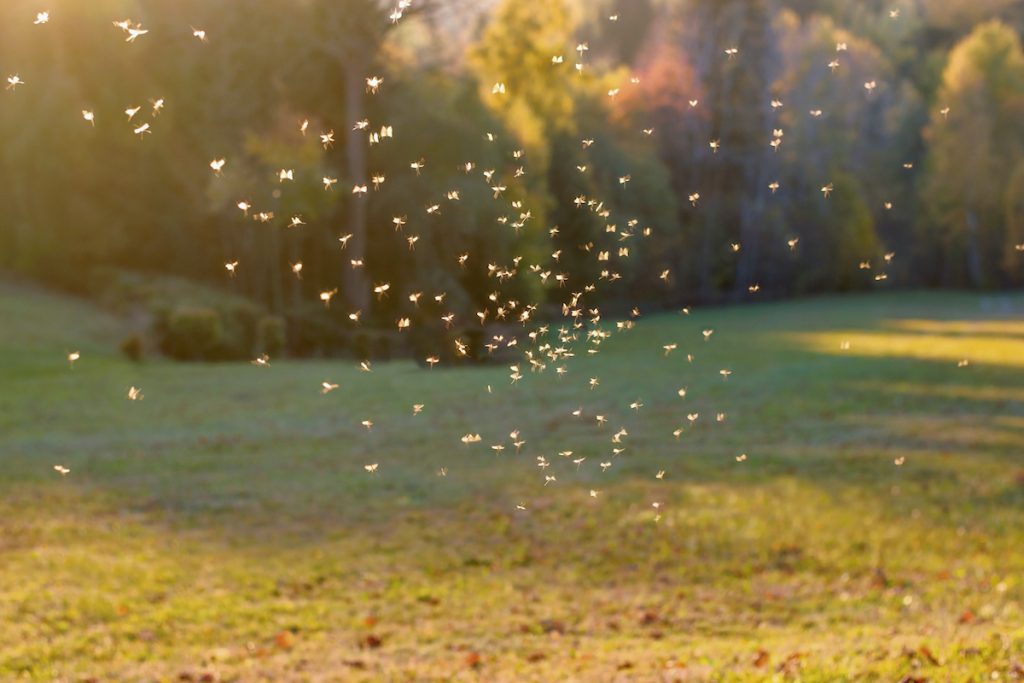 Though the winter months provide a wonderful respite from a variety of pests, the spring season has plenty of its own perks. Plants begin to bloom, the days grow longer, and warm sunshine makes the outdoors welcoming once again. However, the April showers and May flowers also bring ready to hatch mosquito eggs. As they remain dormant in the winter, it is easy to forget about these flying pests until peak season is upon us, when you can’t walk outside without getting a new welt. It’s important to begin taking proactive measures now to combat the spring influx of mosquitoes. Here are a few things you can do to make sure your home is prepared!

Everything You Need to Know About Mosquito Season

When Is Mosquito Season?

Though there’s no date marked on the calendar to tell us exactly when mosquitoes will come out of their winter slumber, it is important to know what conditions typically bring on the peak season. Mosquito season varies from region to region depending on a variety of climatic factors including rainfall levels and temperature. More humid areas that rarely experience weather below 55 degrees oftentimes deal with these pests year-round. Chances are if you live in a subtropical climate like Charleston, SC, mosquito control solutions may still need to be implemented well into the winter months.

Palmetto Exterminators and Mosquito Control service the Carolinas, as well as Georgia, and though these states are close to one another, there is a slight discrepancy between mosquito seasons. The mosquito season in South Carolina and Georgia, where there are slighter warmer climates and heavier rainfall, often lasts from March to October, with peak activity in the summer months. In North Carolina, however, the season typically starts later in April.

Why Is Preparing for Mosquito Season Important?

Not only are mosquitoes annoying pests, but they also pose an alarming health threat to both humans and pets. The World Health Organization and the Centers for Disease Control report that mosquitoes are actually the deadliest animal on the planet. Mosquito bites, the mode of transmission for mosquito-borne illnesses, resulting in more than a million deaths around the world each year. As mosquito season approaches, and females begin looking for an unsuspecting victim to bite, it’s important to be able to recognize the signs of the most common mosquito-borne illnesses in the southeast region.

West Nile virus, which in severe cases can cause encephalitis, is the leading mosquito threat in the United States. It primarily attacks the central nervous system of affected patients. Symptoms of the virus typically onset between three days and two weeks after being bitten by an infected mosquito. Though symptoms will typically resolve on their own, severe cases can result in a fatality. If you have recently been bitten and are experiencing the following symptoms, contact your local health care provider or hospital immediately:

Although Malaria has been almost eradicated in the United States, there are still more than 2,000 cases reported each year. Malaria is the leading cause of mosquito-borne deaths. In 2020 alone, almost 229 million cases were reported. This life-threatening disease is transmitted through the bite of an Anopheles mosquito infected with a parasite that is released into the bloodstream. It is most frequently reported in the United States in those who recently traveled to a country where it is prevalent. Symptoms resemble that of a flu-like illness, including:

Humans aren’t the only ones affected by mosquito-borne illnesses. Our four-legged friends are also very susceptible to Dirofilaria immitis, commonly referred to as heartworm. This disease is most common along the Atlantic and Gulf coast, but cases have been reported in all 50 states. As the name suggests, adult worms tend to reside in the heart, lungs, and correlated blood vessels of an animal, wreaking havoc on these organs. Mosquitoes are merely short term carriers; pets (mainly dogs) are the definitive host, allowing the worms to mature into adults, mate, and reproduce. If your pet is not on preventative heartworm medication and displays any of the following symptoms, especially during peak season, you should reach out to your veterinarian immediately:

Despite the toll they take around the world, the majority of these vector-borne illnesses have no vaccine or simple cure at the moment. Fortunately, there is an effective form of protection against hard to treat mosquito-borne illnesses. First and foremost, prevention!

How to Mosquito-Proof Your Property

Depending on your location and climate conditions, there are various ways to discourage mosquitoes from plaguing your property. In addition to having a free pest inspection, there are little things you can do to make your home less susceptible to mosquitos. Our mosquito exterminators recommend taking the following precautions:

Taking preventative mosquito control measures can help reduce the population of these pests, however, if your property is a mosquito magnet, you may need to employ the help of a pest control professional. Palmetto Mosquito Control can work with you to determine what type of mosquito control solution best suits your needs.

Our mosquito control solutions can help protect you and your loved ones (including the furry ones!) from these irritating pests. Mosquito barrier treatments are a temporary preventative measure that can be sprayed on your yard every 2 to 4 weeks throughout peak season to deter unwanted flying pests like mosquitoes and gnats. Another option is to install a mosquito misting system, a minimally invasive but more permanent investment into the protection of your home.

Mosquito season is coming whether we like it or not. But, luckily, there is a lot you can do in the meantime to prepare. Don’t take a chance with mosquito-borne illnesses – start your preparation early with a free pest inspection and consultation from our team of pest control specialists. Contact the team at Palmetto Exterminators and Mosquito Control today!