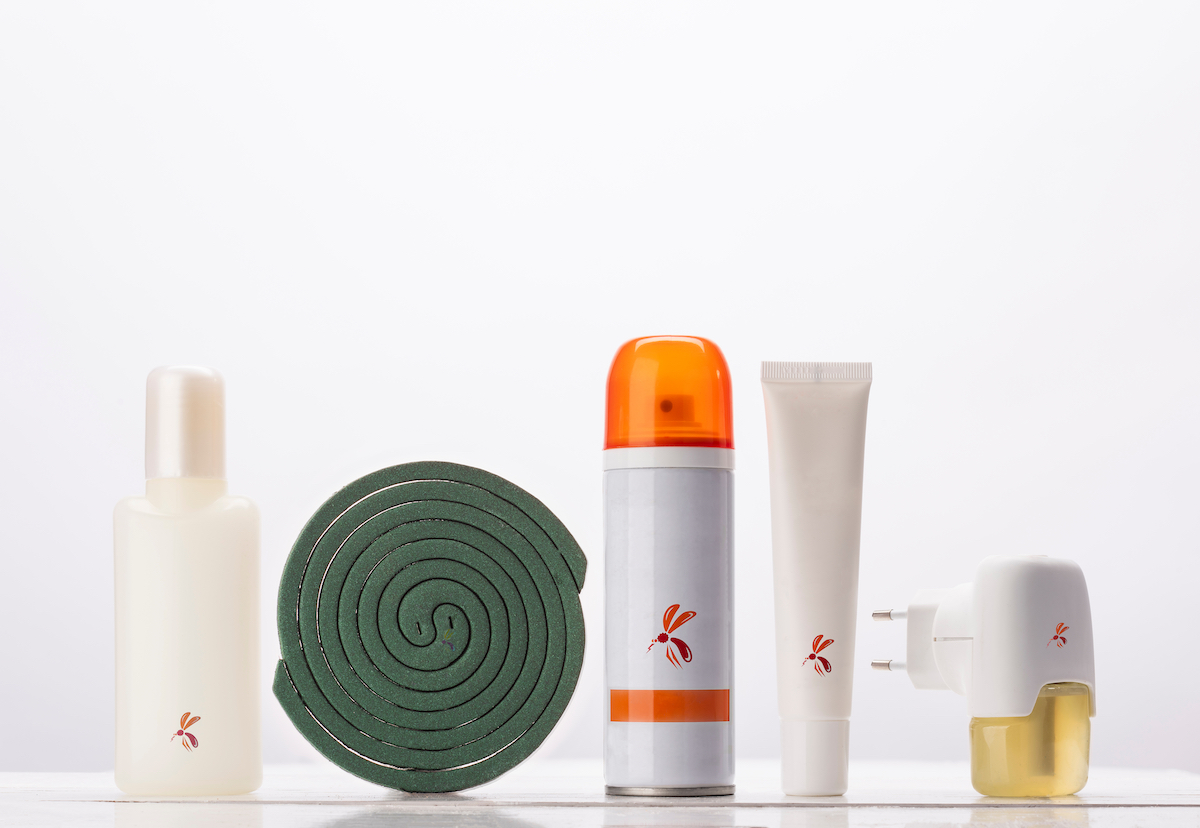 With just a quick internet search, you can find thousands of results that claim to quickly and easily rid you of the bothersome mosquitoes in your yard. But how safe and effective are these mosquito control treatments? With an overload of pest propaganda, how do you know what really works? Our mosquito exterminators have years of experience with mosquito and gnat control and can help guide you through which solutions are tried and true (and which are ineffective against these pesky pests). Let’s dive right in!

Mosquito Control Solutions: What Works and What Doesn’t

Salt-based mosquito repellents have become more and more popular recently. Many consumers are drawn to its “environmentally-friendly” nature, as it is mostly just a mixture of salt, sugar, and yeast. The idea is that the smell of the sugar will encourage hungry mosquitoes to drink the substance, which will kill them due to the salt intake. While the idea is effective in theory, unfortunately, the same can not be said for the results.

Scientists from the Entomological Society of America recently discovered that salt-based mosquito control treatments have virtually no effect on the death rate of mosquitos. In one study, researchers with the national organization placed 9 different mosquito species in a controlled environment. One was fed a sugar-based solution while the other consumed a saline solution. Researchers found that when fed a sugar-based versus salt-based diet, there were virtually no differences in the death rates of mosquitos. Researchers are now issuing a warning to consumers that products claiming to reduce mosquito populations with saline solutions are not to be trusted!

N, N-Diethyl-meta-toluamide, commonly known as DEET, is one of the “gold standards” of insect repellant. It’s negative reputation likely precedes it, as high concentrations of the substance can be harmful to human health. One study concluded that DEET may prevent the breakdown of acetylcholine, which is a nervous system chemical that triggers muscle movement, while other research has tied DEET to seizures and brain toxicity in children. Though it is easy to find at your local convenience store and fairly effective when applied regularly, it is not the first choice for mosquito control by any means.

DEET doesn’t actually kill mosquitoes, it simply deters them. Therefore, it doesn’t address the root of the problem for many homeowners, which is getting rid of the population that has taken claim over your outdoor space. Rather than targeting adult mosquitos that may in fact be growing resistant to such common chemicals, money can be better allocated to eliminating the source of the problem: the mosquito in larval stages. Turns out the larva can be killed using less toxic chemicals and ultimately decrease the mosquito population (two birds with one stone!). Keep in mind, a long-term solution, not just putting a bandage on the situation, can help keep you and your loved ones safe.

A more recent form of mosquito extermination that has hit the market is ultrasonic repellent devices. Manufacturers of this supposed mosquito control solution claim the devices work by imitating the ultrasonic sound waves of mosquito predators such as bats. Essentially, the sonar signals indicate to the mosquito that they need to leave the area. This product was targeted to countries that specifically struggle with mosquito-borne illnesses. Many buyers opt to try these gadgets because they are lotion-free, chemical-free, and smell-free. After all, no one enjoys being covered with the scent of bug spray.

Unfortunately, there is no scientific evidence to support the claims that these devices are actually effective in repelling mosquitoes. Though mosquitoes are among the few insects that are actually able to hear, the sound doesn’t seem to stop them. In fact, one study demonstrated that the sonic repellants may actually increase biting rates. This may be because the mosquitoes are attracted to what they believe is a potential mate.

Mosquito coils, which look more like a home decor piece than a mosquito control solution, burn slowly like an incense, releasing pyrethrins and citronella in the air. While inexpensive and easily acquired, these spiral coils are not proven to be effective, especially in inclement weather with rain or wind. Since the coils produce smoke containing insecticide, they cannot be used indoors or in spaces with poor ventilation.

There is also a growing concern about the adverse effects of this so-called solution on our health. The insecticide is generally considered safe, however, there are still questions about the safety of inhaling the smoke. Researchers from the National Institutes of Health, published by the US National Library of Medicine, estimated the particulate matter produced from burning one mosquito coil was equivalent to burning 75-137 cigarettes. Due to the uncertainty faced when it comes to the long-term effects of exposure, it is best to go with methods that have been proven to be effective.

Mosquito lanterns and lamps emit fluorescent light (mercury, neon, or ultraviolet light) that attracts various types of insects, not just mosquitoes, into a confined space and zaps them with electricity. The electricity travels through wire meshes surrounding the lightbulb to kill the insects. In regards to effectiveness, zappers are highly effective in diminishing pests and can kill up to 10,000 bugs in one night.

However, they are virtually ineffective against mosquitoes and other biting insects. One study found that only 0.25% of insects caught in bug zappers were the intended victims – mosquitoes. This is because mosquitoes aren’t attracted to light, but rather smells such as the carbon dioxide and natural odor of the skin. In addition to being ineffective, it can harm your local ecosystem. You may unintentionally be getting rid of the natural mosquito predators in your area rather than the actual population of pesky mosquitoes and gnats. So, if your goal is to get rid of them, we definitely recommend shopping elsewhere.

Mosquito misting systems are another increasingly popular mosquito control solution. Not only are they safe and effective, but they also provide long term protection around your home. And, you won’t even notice it’s there (unlike the pungent smell of citronella). With a timing system, the system will set off 30-second interval sprays multiple times throughout the day, especially during peak time. While purchasing a misting system is certainly an investment, it is one you can guarantee a return on.

Mosquito barrier treatments, on the other hand, are equally as effective but are shorter term. During peak mosquito and gnat season (approximately March through November), licensed mosquito control technicians will perform a Mosquito Barrier Treatment, which is a surface spray treatment that targets breeding and high activity areas in your yard, every 2 to 4 weeks. While most competitors treat by only fogging, we use a multifaceted mosquito barrier treatment that is proven to be more effective in killing and repelling mosquitos.

Palmetto Exterminators and Mosquito Control also offers green mosquito products, which are both organic and biodegradable. This bi-monthly method allows us to educate and inform customers on how to establish new methods to keep mosquitos at bay, physically remove any pests rather than spray, and spot treat with our Green Pro approved products. There is also the green hybrid option, which is a quarterly service rather than bi-monthly. As one of the first companies in the country to offer a green service administered by the National Pest Management Association and the Natural Resources Defense Council, Palmetto Exterminators is proud to help you with all your extermination and mosquito control needs.

There are endless mosquito control products available to consumers who are trying to make their outdoor space livable again, whether it be ultrasonic devices, UV light traps, or CO2 traps, or coils. That being said, it is always important to do your own research before placing your trust in any product. No one wants to be scammed, especially if it means having to deal with more of those itchy little bites. Remember, if it sounds too good to be true, it probably is.

If you are looking for mosquito control treatments that actually work, Palmetto Mosquito Control has a variety of options to fit your home and needs. Unlike new fads, lotions, ultrasonic devices, and toxic chemicals saturating the mosquito and gnat control market, Palmetto Exterminators and Mosquito Control provide unparalleled customer service and proven results. Give us a call today to learn more or request a free pest inspection to assess your yard. We look forward to serving you!

Working with Palmetto has been amazing. It is a very family orientated company. I love getting to learn more about different pests and getting to challenge myself with new ideas.

The manner in which Palmetto Exterminators & Mosquito Control has provided in service and help is outstanding in my book. The polite and efficient manner that your company has serviced our home is OUTSTANDING and I thank you. I would not hesitate in recommending in your company to anyone, which is something I do in a very selected manner.